We have monkeys which originate from the African continent (Old World) and also those which can be found across regions of Central and South America (New World). These beautiful primates are now safe at our sanctuary in Sandown on the Isle of Wight.

Primates are amazingly intelligent and utterly mesmerising…which will be your favourite?

Some species of New World monkeys, including spider monkeys and capuchin monkeys have adapted so that they can use their tail to grip. Monkeys are related to lemurs …and humans! We often hear visitors comment upon how alike our monkeys are to themselves. When swinging through the trees to escape danger a spider monkey can reach a top speed of around 40 miles (65km) per hour!

Vervet Monkeys are found in areas of East Africa and live in savanna, forest and shrubland. Because they are so adaptable they are also found in rural and urban environments.

Spider monkeys live in areas of rainforest in several South American countries and are so-called possibly because of their appearance. In their tree-top home when seen by humans as they gaze up from the ground it seems as though these creatures are all arms and legs, just like a spider. There is much conversation about the species types of our spider monkeys as all are of mixed heritage (hybrid) and are therefore not suitable for any breeding programmes. They are all, however, amazingly agile and extremely intelligent and keep their animal carers well and truly on their toes!

Brown Capuchins come from South America and are amazingly well adapted to their new environment. This is mainly because they’re incredibly intelligent problem-solvers! They are skilled at using tools to help them with obtaining food and can live in a variety of rainforest habitats.

Our gentle Vervet Monkey was born at Blackpool Zoo in 1992 and is amongst the quietest of our residents here at the Wildheart Animal Sanctuary. Often to be seen foraging for their favourite food items, one of many enrichment activities which keep him focused and exploring natural behaviour for hours on end. In one habitat lives a family of three hybrid Red-faced Spider monkeys: dad Tino, mum Ella and daughter Millie. Next-door resides Jackson, a male, and his two lovely female companions elderly Menga and Daffy who are Black headed Spider monkeys. Tino, Ella and Millie make a very sweet family unit, although according to her animal carers, Millie can be somewhat of a drama queen and throw a tantrum now and then for the attention of her doting parents! Jackson is a reserved little chap, but very taken with his companions, Menga and Daffy who joined us from Reaseheath College. 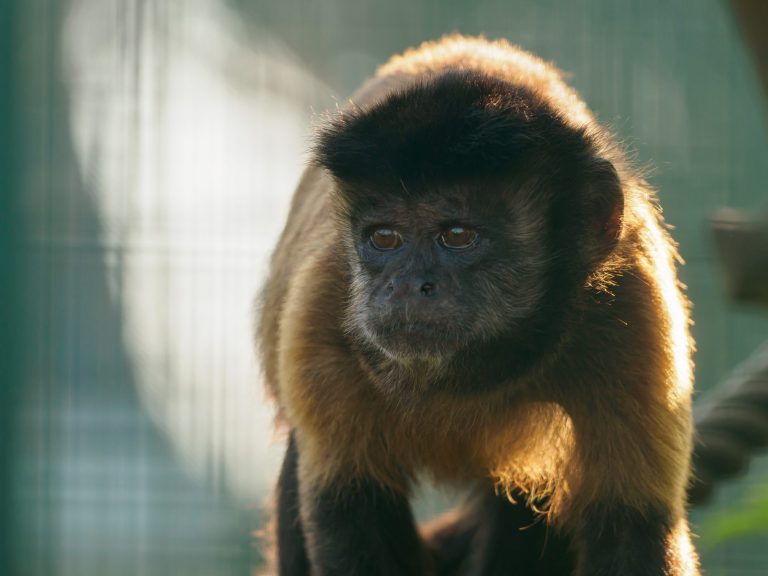 In another habitat you can find our three brothers, Timmy, Harley and Bailey who were born here at the Wildheart Animal Sanctuary. At that time, breeding was not so strictly controlled, but now our monkeys would not be classed as suitable for any breeding programme. This is because of their genetic mixture of species (they are half Brown Capuchin, half Black Capped Capuchin monkeys). Although Timmy is the eldest it’s Harley who is the boss! Bailey is the most cunning of the capuchin crew, each one has his own technique of obtaining food from enrichment feeders and their carers report that they like to spend time watching images on the ipad! 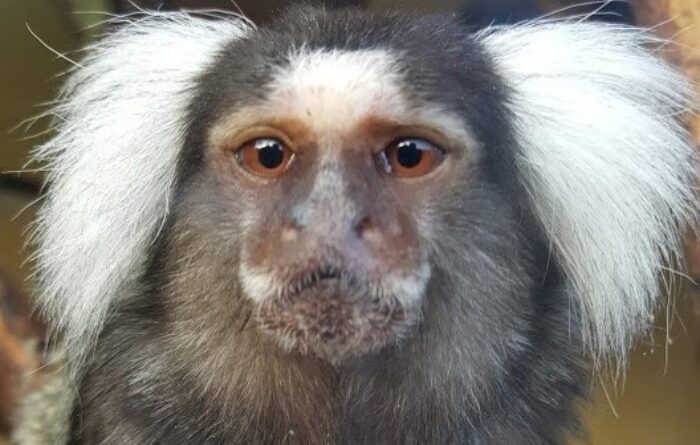 Mayara, our little female, came to us in 2015 from the pet trade and she needed lots of kindness and patience as she settled in. Gradually she began venturing out of her former tiny bird-cage home in which she felt secure and started exploring further afield in her enclosure, expressing natural behaviour. she lives with our old single male mongoose lemur “McLovin” since her mate passed away. Common marmosets are found in rainforest regions in Brazil.