From many-legged millipedes to no-legged slugs and snails plus a good few insects species in between, our range of amazing invertebrates will keep you captivated. Come to one of our inspiring animal carer talks to find out which of our reptiles has more hairs than our largest mammal, Casper! 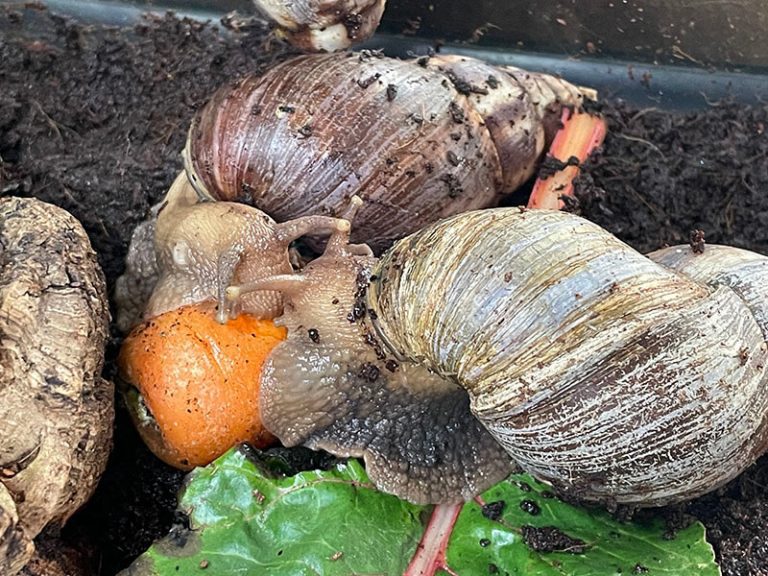 These gastropods take life at a gentle pace! They perform a vital role as one of nature’s recyclers. Wildheart have two Costa Rican Zebra Tarantula, which came to us from the RSPCA rehoming centre Wildheart have one male called Irwin (after Steve Irwin) and came to us from a local resident who could no longer look after him. These insects are armoured little individuals which recycle leaf litter and other waste from the forest floor, making the nutrients accessible for further plant growth. They have an effective deterrent warning sound which sounds just like a snake’s hiss …come and listen! Stick insects, leaf insects, giant lime green stick insects, crowned stick insects, Metallic stick insects & macleay’s spectre. Around the globe, insects are vital for pollination, recycling and as a food source and without them, life on Earth would crumble. Come and meet our vibrantly-coloured masters of disguise and be amazed at their beauty. The Royal Python, is native to West and Central Africa, where it lives in grasslands, shrublands and open forests. This nonvenomous constrictor is the smallest of the African pythons, growing to a maximum length of 182 cm. Donated by private sponsors, Biter and Zuri are helping us to engage public interest and promote positivity and responsible pet care. Mr. Hiss is a Corn snake and sadly was an unwanted pet who came to us via a rescue centre. Along with our pythons, Mr Hiss helps our public engage with responsible pet care and ownership. Corn snakes are found in grassland areas throughout central and south-east America.

This tree-dwelling species lives in tropical areas and feeds on insects and nectar. This species is found in Madagascar and nearby islands. 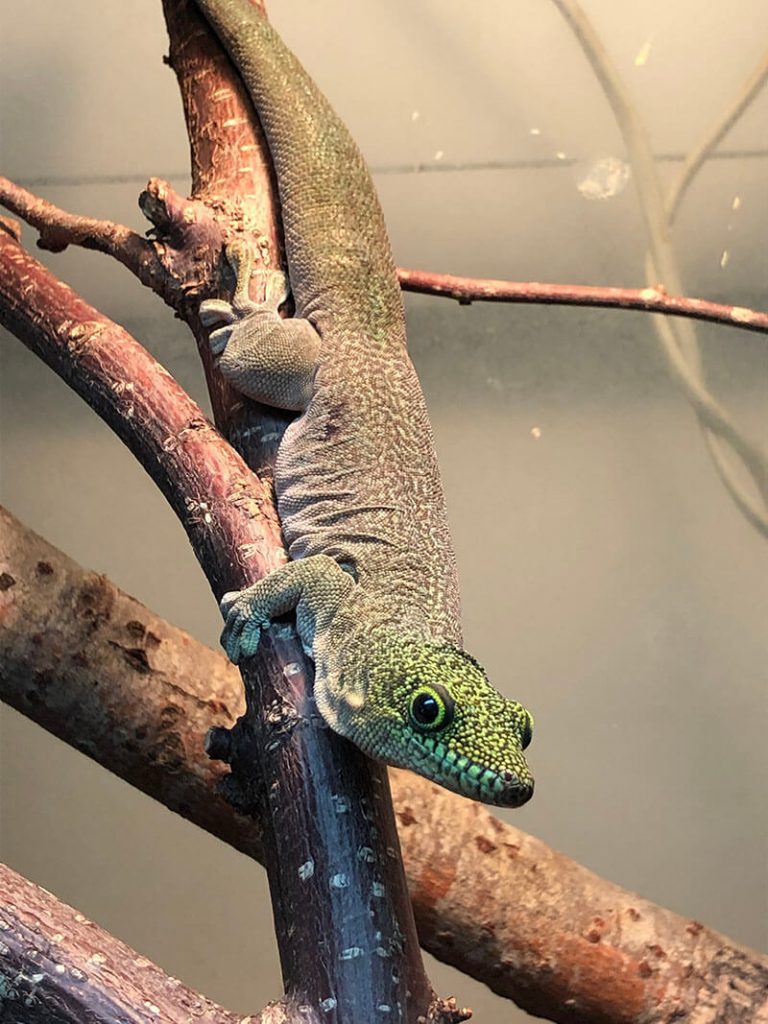 These sweet little animals communicate by body posture and a range of squeaks, clicks and croaks very similar to that of frogs. They are around 8-10 years old. This species is found only in south-west Madagascar. 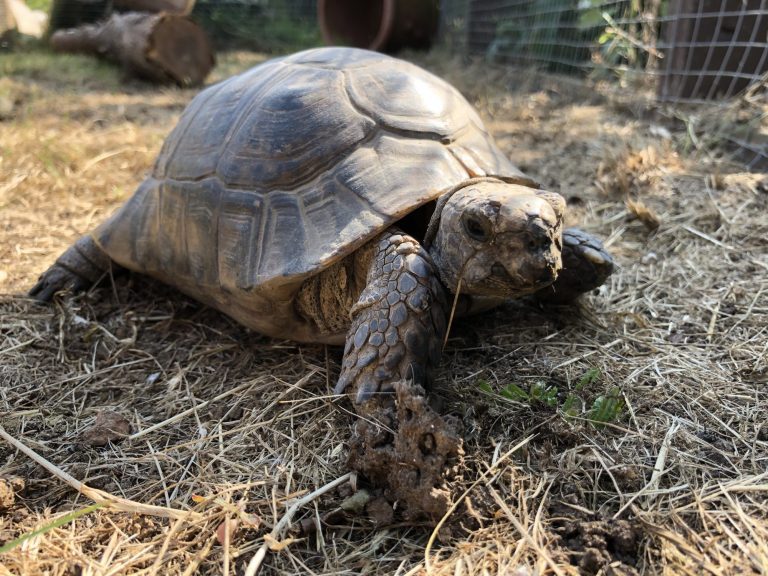 Rocco is, according to the Animal Care Team, the fastest tortoise in the world! He is definitely in love with our female. Found in Greece & the Mediterranean. 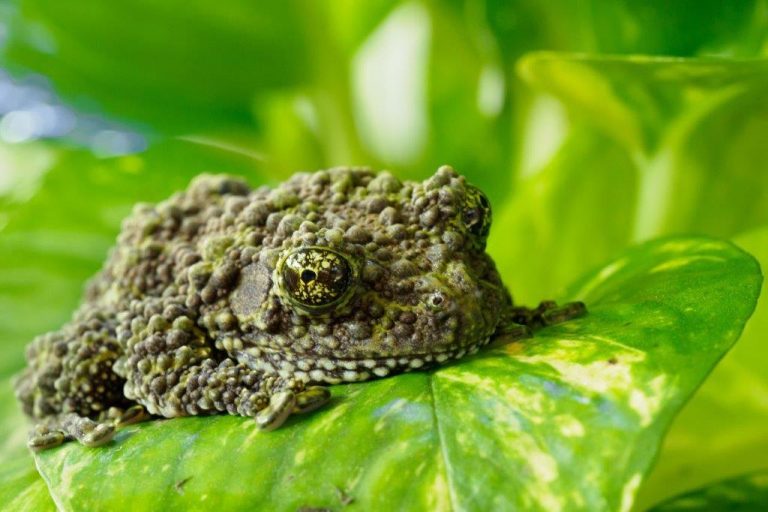 From Vietnam, this species has an adorable sound and is almost impossible to find when camouflaged amongst moss and stone. 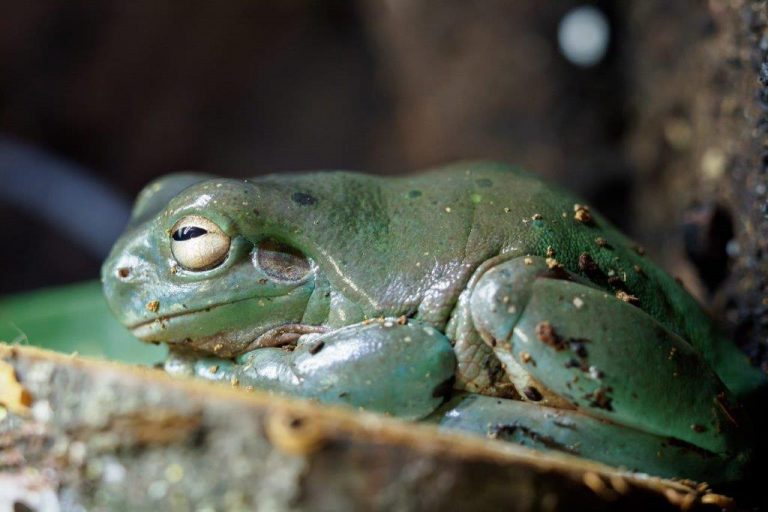 This Australasian species of frog defies popular conception by living, as the name suggests, not in water but in trees. 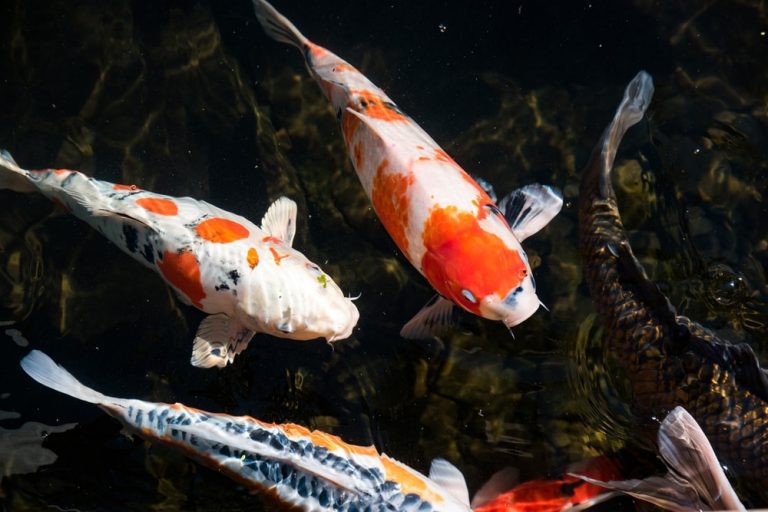 We have a charming group of Koi here at the sanctuary including Flip, Flap & Flop! They were formerly pets and came to us from a private owner, thanks to generous corporate sponsorship which enabled us to build a new pond for them. Our shimmering water-babies really enjoy interacting with those members of our visiting public who choose to buy our specially formulated fish food with which to hand feed them. 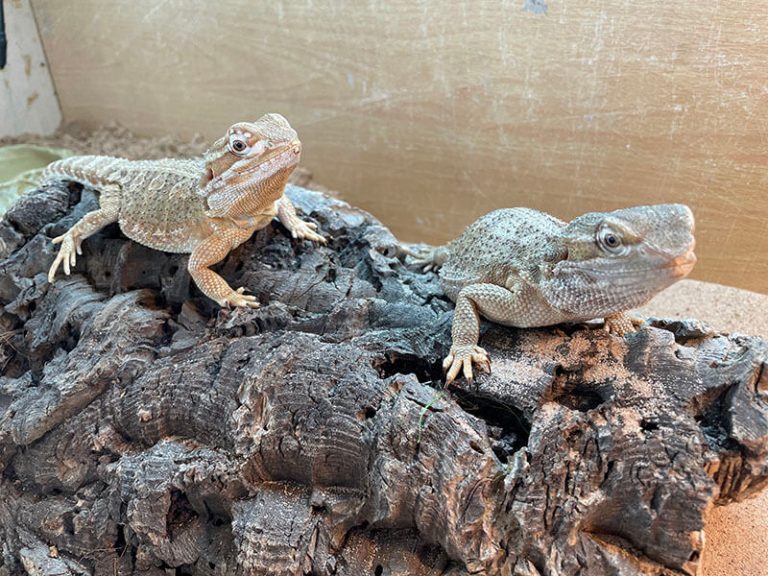 We have 2 sisters called Dark Fury & Light Fury, who came to us from Northumberland Zoo.

Sociable and docile, rankins dragons are endemic to Queensland, Australia. A sub species of the more familiar bearded dragons, they share many of the same characteristics and behaviours like head bobbing and arm waving. However, unlike bearded dragons, rankins dragons can be housed together. They have a lifespan of about 8 years and are omnivorous feeding on insects and plants.

They enjoy climbing on branches but also enjoy a run around.   You may occasionally see Dark Fury and Light Fury, our rankins dragon sisters having a run in the tortoise enclosure for a bit of exercise and enrichment.

Native to dry semi-desert areas of the middle East and Northwest India, leopard geckos get their name from the natural colouration of yellow with irregular black spots.  Due to their popularity as pets, they are often selectively bred in captivity, to produce other colours. Our male leopard gecko ‘Jafar’ is a traditional leopard colour, and our female ‘Sial’ is a pink colour morph. Leopard geckos are mainly nocturnal and spend most of their day hiding under their favourite rock or log, so it is unlikely you will see them unless being handled by our animal carers in the daily reptile encounter sessions.

They eat a range of insects and can live for between 15 to 20 years.  Their tails are segmented which allows them to regenerate if they lose part of it fleeing from danger.

They have large appealing eyes which they can clean with their tongue and unlike many other geckos, they have eyelids enabling them to close their eyes. 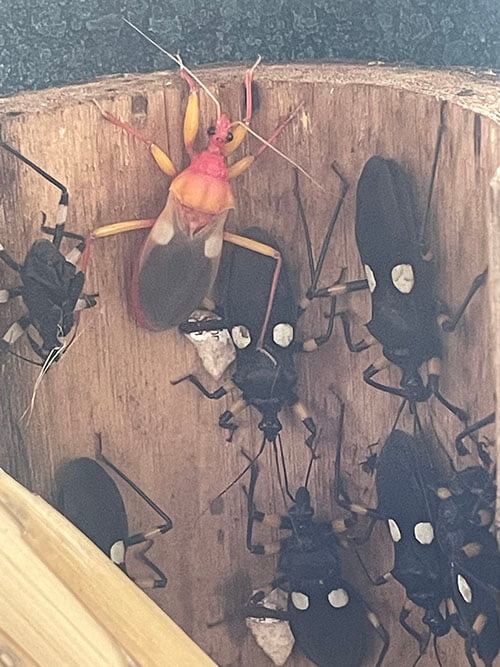 The Two-spotted assassin bugs are venomous and ferocious insects which hide in leaf litter of the forests of Western and South-western Africa, where they wait to ambush other insects.  They are unique within the animal kingdom as they possess 2 types of venom: the first type is a deterrent and designed to cause pain.  It is said to be more painful than a bee sting. The second type of venom paralyses and liquefies the insides of its prey to make a kind of insect smoothie which it then sucks out leaving the outer case of the insect.  You may see evidence of this if you see hollow mealworms in our assassin bug vivarium.

They start their life as an egg before hatching out as a white grub which grows to about 4cm. The grubs are omnivorous, eating fruit, like the adults but also waste products, leaves and rotten wood. After about 5 months, they make a cocoon from the substrate around them and spend about 5 weeks in there before emerging as an adult beetle. If you look closely, you may see some of the cocoons lying on the surface of the sun beetle vivarium.

The adult beetles can fly to escape predators but they have little directional control so could land anywhere!