Lions at the Wildheart Trust

African lions are some of the most iconic animals in the world and we are lucky to have four living here at the Wildheart Animal Sanctuary in Sandown on the Isle of Wight. Currently classed as vulnerable, lions are under threat all over Africa as they lose habitat and compete with humans. Although classified as African lions, two of our magnificent individuals are commonly known as ‘white lions’ which is an explanation for their very unusual pale blonde fur colour and stunning blue eyes. This inherited condition is known as leucism & is regarded by scientists as would be disadvantageous in the wild.

See us on our Live Webcams 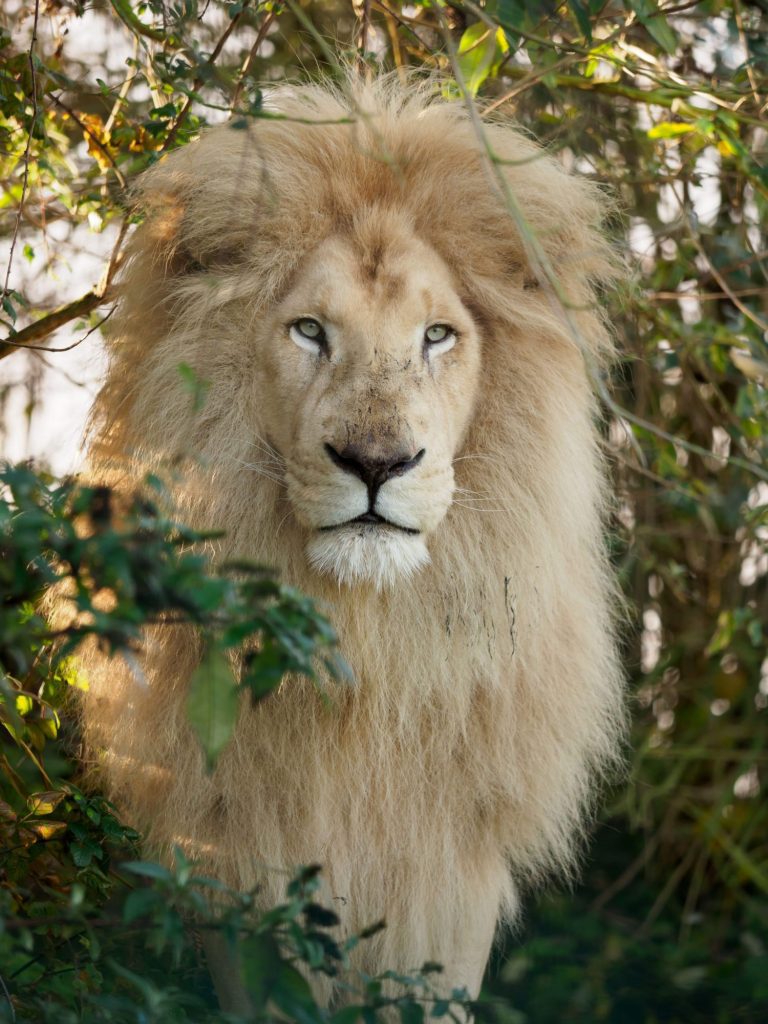 Casper came to the Wildheart Animal Sanctuary from West Midlands Safari Park. When the dynamics of the existing lion group there started to pose potential safety problems he needed a safe forever home. Of course, we were more than happy to oblige! Casper is often to be seen atop his favourite rock, surveying the scene below like a true king. 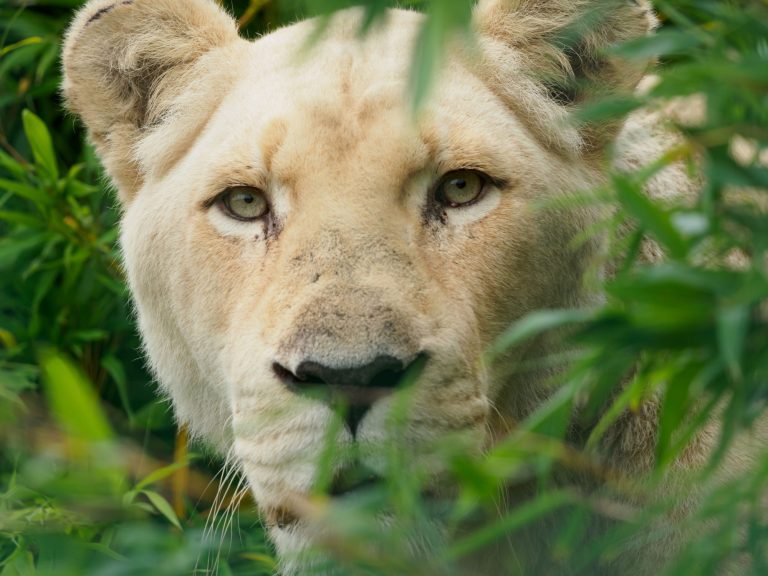 Frosty came to us from West Midlands Safari Park to be Casper’s companion. Five months younger than Casper, Frosty did not appear to remember him and an introduction process was put into place. This was carefully controlled by our animal team so that the two now live happily side by side, although, on occasion, Frosty likes to demonstrate her playful streak by waiting until Casper is resting, then sneaking up and annoying him!

Vigo joined us in May 2019 with his brother Kumba. After a very difficult background in a travelling circus they were rescued by AAP Animal Advocacy and Protection Primadomus where they remained in purpose built facilities whilst a forever home was sought. We feel incredibly lucky to have these two with us.

Both Vigo and his brother were castrated before they turned one year old, which has meant that they have not developed manes. The other result has been that they have grown incredibly large! Why not come and see these beautiful lions in their forever home? 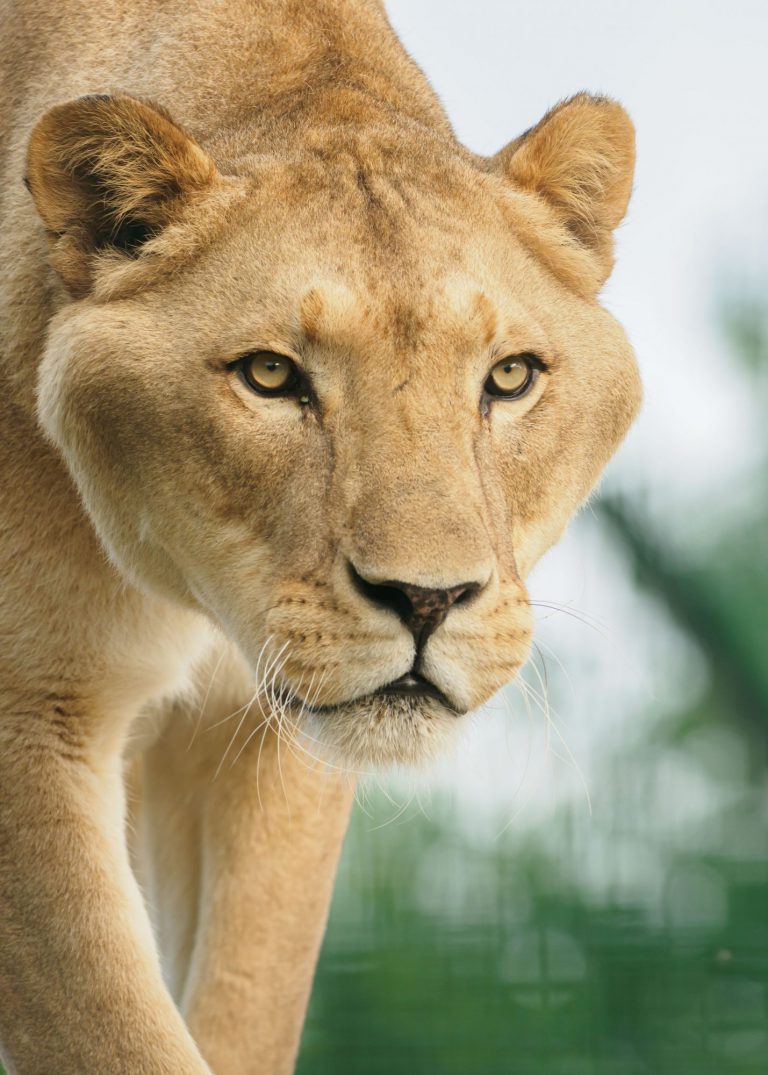 Kumba joined us in May 2019 with his brother Vigo. Rescued by AAP Animal Advocacy and Protection Primadomus from a travelling circus he has had a rough start to life travelling Europe in a back of a lorry.

Both Vigo and his brother were castrated before they turned one which has meant that they have not developed manes. The other result has been that they have grown incredibly large!

Both brothers are extremely relaxed and are clearly enjoying life here at the sanctuary. They will either be seen playing amongst their bamboo, rolling their jungle ball around or taking a well-earned nap!